KERALA CALLING The high time to stand with Kerala 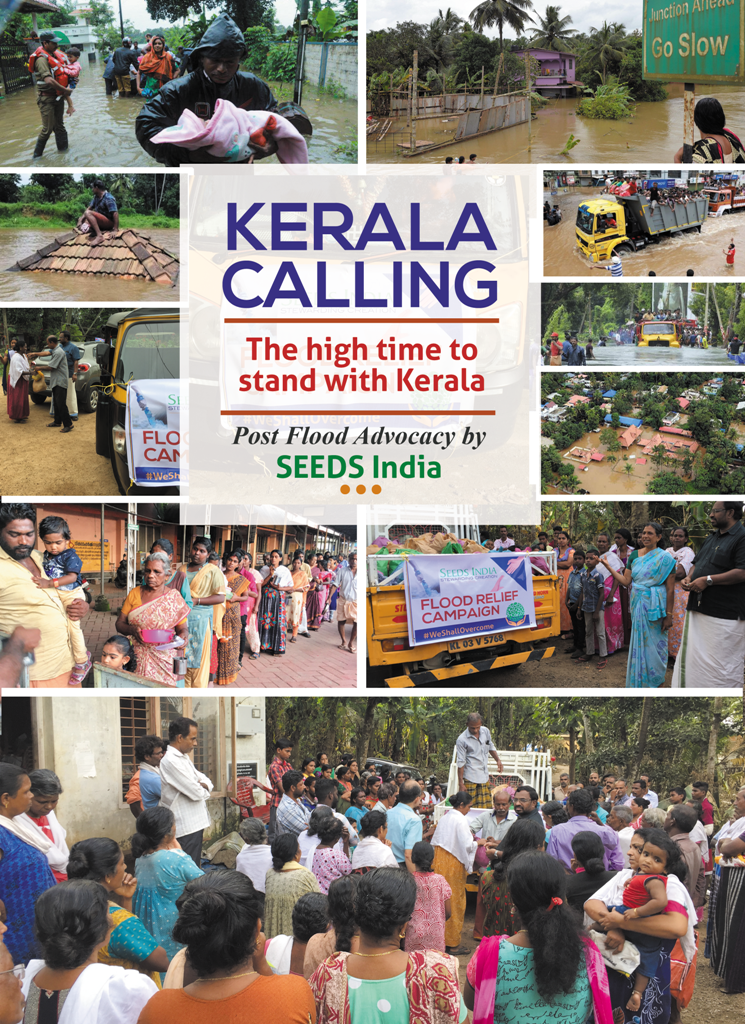 Kerala State of India experienced the heaviest rainfall this year in its last hundred years history. This has caused the largest disaster of flood and land slide after 1924 and millions of people remain stranded in God’s own country.  The torrential rain since May in Kerala and continuous rain since August first week accumulated huge rain water in all of the dams in the state and shutters of 37 dams have been opened. Red alert had been issued in all 14 districts as heavy rainfall took place. The river basin areas, roads, rails, airports and houses were submerged with released water from the dams. Due to continuous rain around 3000 mm in 10 days (Kerala is covered by a mountain range “Western Ghat” from rest of India). Mountains soil get lose and thus created a devastated landslide in many places in the hilltop areas. The subsequent flooding and landslide has left millions of houses damaged, hundreds of lives lost and many hundred thousands of families have been forced to take shelter in relief camps. Agricultural lands were severely damaged due to landslide and flood and no rice field across the state has been exempted from it. Thousands of people were perched on trees and rooftops, to be rescued. Hundred thousand of domestic animals washed away which one of the main sources of income of the poor and tenant farmers. This is first time in the history the Cochin International Airport, the largest airport in Kerala is being closed for a month after the area was flooded. For us it was a “Mountain Tsunami”.

Navy, Army, Coast Guard, National Disaster Relief Force, Fishermen, youth wings of political parties and NGOs were engaged in rescue operations. Now, people from all walks of life are engaged in efforts to provide post flood relief to those affected.

With over 400 deaths being reported so far (many more hundreds may be in reality), several people are stranded without water, food, clothes and other basic necessities. Many of them don’t know where to go and what to do. They are vastly depressed and lost hope about a future what they dreamed before.

In response to Kerala Flood SEEDS India has begun a Flood Relief Campaign to help the affected in every possible ways. As an immediate post flood response SEEDS India provided 250 kits containing dried rice, Dal, beans, cooking oil, coconut, sugar, tea, potato, onion, biscuits, wheat powder etc to families who are shifted back to their homes from relief camps in flood affected villages in Pathanamthitta District. However we know that our helping hands should be reached to other severely affected areas in Kerala if possible.

We have a long term plan to rehabilitate maximum affected families that including clothes, medicines, sanitary napkins, construction of toilets, renovation of homes, providing domestic animals like goat, chicken, and cow. Moreover we are planning to provide free counselling to the people who are mentally stressful.

Since SEEDS India has other regular financial commitments like, daily free food distribution at government district hospital here at Kozhencherry city which has full of occupants now a days and other social services we are forced to request generous contributions from our friends, philanthropists and well-wishers to stand with our fellow-being in their life and death situation. Please send donations online or via check to the below mentioned accounts. SEEDS-India has approval of 12 A (Exempted from Tax) and 80G (Exemption from tax for Donor) but does not have the approval to accept foreign donations so in such cases we work in close coordination with IARF (Thomas Mathew is the head of that NGO also) which has FCRA approval. We’ll send the receipts to all donors in due course of time via email/post.